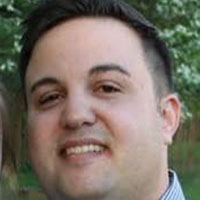 Michael Vest joined Wilson Bank & Trust in October 2017, and served as a community banker at the West End office before entering the bank’s trainee program.  He previously worked for Apple Retail.  A Memphis native, he has lived in Florida, Alabama and North Carolina.  He and his wife Ellen have a daughter, Elizabeth.  Michael enjoys spending time with his family, playing golf and rooting for the Vols.