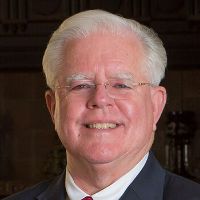 A native of Granville, Tenn., CEO Randall Clemons was Wilson Bank & Trust’s inaugural employee hired in 1987.  During a tenure of leadership that has spanned more than three decades, he has overseen WB&T’s development from a small, one-branch operation into one of the leading financial institutions in the South.   He has been honored many times for his devotion and commitment to his community, and was named to the membership of the Tennessee Bankers Association’s Leaders in Banking Excellence in 2007.