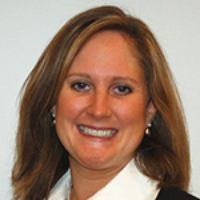 Amelia Vance was named a senior vice president at Wilson Bank & Trust in 2014. She joined WB&T in 1998, and has overseen the bank’s secondary market mortgage operations since 2007. She began her career in financial services in 1996.  Amelia has served as the affiliate committee chairperson for the Eastern Middle Tennessee Association of Realtors, and is active in children’s ministries at First United Methodist Church in Lebanon.  She and her husband Chad have three sons.