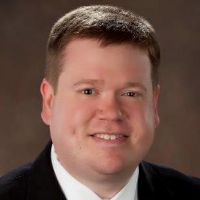 Wes Taylor began his career with Wilson Bank & Trust as a teller in 2000.  Prior to entering his current role as president of the bank's eastern region, he served as a loan officer and a branch manager, then managed commercial lending and mortgage operations in Rutherford County.  Wes earned a bachelor’s degree in Economics from Middle Tennessee State University and is a graduate of the Southeastern School of Banking and the Graduate School of Banking at LSU.  Wes lives in Watertown with his wife Juliet and their sons John and James.